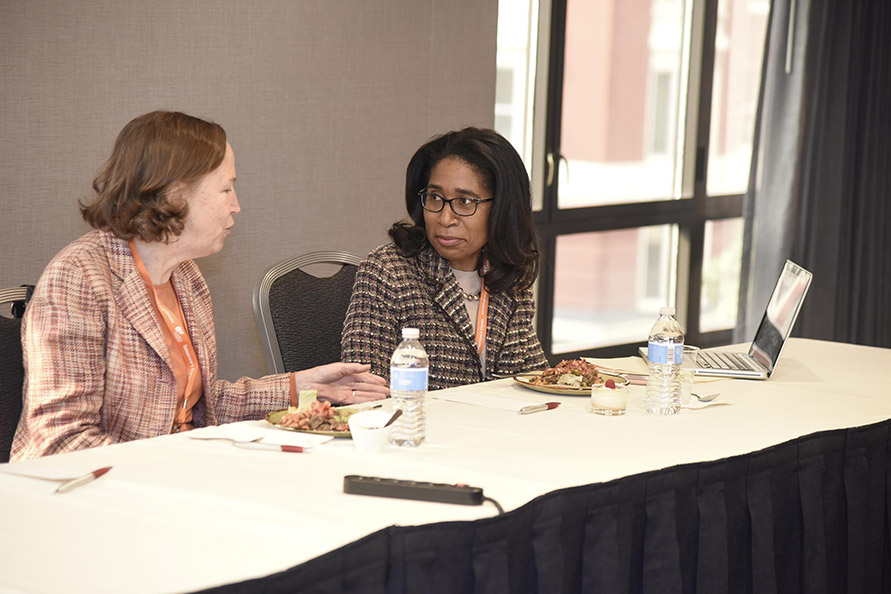 Steven K. Herrine, MD, FAASLD, the Program Director of Transplant Hepatology at Thomas Jefferson University Hospital in Philadelphia and one of the creators of the AASLD Foundation’s Emerging Liver Scholars Program, has been a consistently active AASLD member since he started his career. He’s served as the chair of several AASLD volunteer committees in the past, and through his involvement, “I have met more valuable colleagues than I can count.”

“I first joined AASLD as a trainee, and I’ve only missed on Annual Meeting since that time,” says Dr. Herrine, whose specialties include treating patients with gastrointestinal cancers and liver disease, including those who require transplant surgery. He says he was attracted to this subspecialty because he identified closely with the way hepatologists approach their work: with care, sympathy and attention to detail. “The individuals involved in the care of patients with liver disease are my type of people.”

In addition to his clinical work, Dr. Herrine also conducts hepatology research, and teaches and mentors those just starting in their hepatology careers. “Anything I have the opportunity to publish with our trainees” are the journal articles he says he is most proud to showcase. He’s also proud of the “influence I have had on many trainees as they became transplant hepatologists.”

Dr. Herrine’s work in transplant hepatology and GI cancer treatment at Thomas Jefferson University Hospitals has earned him several notable honors over the past decade. He was named the Internal Medicine Residency Teacher of the Year at the institution and the recipient of the Leonard Tow Humanism in Medicine Award in 2015. In 2010, Dr. Herrine was given the Christian R. and Mary F. Lindback Award for Distinguished Teaching at Jefferson Medical College, and was also highlighted in a Senior Class Portrait.

Serving as a mentor to hepatology trainees and young investigators is a way for him to follow in the footsteps of Santiago Munoz, MD, “my first hepatologic mentor, who taught me that fastidiousness of care is the key to good patient outcomes,” he says.

Outside of the classroom, laboratory and clinic, Dr. Herrine enjoys spending time in the kitchen. “I can cook pretty well,” he shares. A fulfilling career is based on pursuing the goals that you find most rewarding, he says. “Do what makes you happy.”

Early on, I saw the value of commitment to and involvement with AASLD. It's not just holding a membership card.